Enrico Rovere of KROLL | Between patents and trade marks, the value of intangible assets for companies 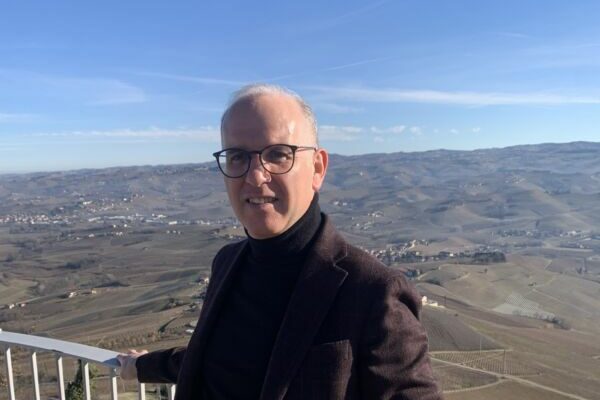 In times of crisis, tightening one’s belt becomes a necessity. Understanding which components of the company need to be protected, a priority. And discovering that it could be something intangible, intangible, an unexpected fortune that saves you. Will the valuation of intangible assets, such as trademarks and patents, determine the true value of Italian companies? And above all, is it enough to implement a growth strategy that works even in a period like the current one?

“2021 was a good year for all companies, with high stock market multiples and a very active M&A market. Everyone was happy and content until 2022,” explains Enrico Rovere, Managing Director in charge of Kroll’s Business & Intangible Valuation division.

Now the situation is decidedly different, amidst the continuing pandemic, war in Ukraine and inflation. Consumer spending behaviour is changing, but so are industrial prospects, with companies strangled by the commodities and energy crisis.

The supply chain difficulties, meanwhile, lead to their paradoxical consequences: sometimes it is more convenient to transport materials by plane than by ship. The cost of air shipments “is even falling relative to other means of transport,” says Rovere.

Intangible assets
But companies also have another resource at their disposal. The 2021 Budget Law has in fact extended the revaluation of business assets to intangible assets, allowing companies to also revalue their intangible assets, such as trademarks and patents. Those assets, in short, which very often are not even recorded in the balance sheet, and which have now been revalued in terms of assets.

‘The companies that have already opted for a revaluation of assets, and in particular intangibles such as trademarks and patents, are all companies that were already doing very well,’ Rovere explains. Many already have a good internal organisation, know themselves and their value. On the other hand, the one introduced with the budget law “is a tax incentive, but if the company is not doing well, it is of little use”.

Rovere, who personally deals with the valuation of companies’ intangible assets for Kroll, e.g. in M&A processes and for both balance sheet and tax issues, recounts that “the vast majority of the companies that hired us to evaluate brands and patents already had double-digit Ebitda percentages, good management and, above all, an intangible that represented an important driver of value. These companies had already invested in the brands and patents, and thanks to the revaluation law, ‘they were able to bring them to the fore even from a balance sheet point of view’.

The revaluation has further highlighted that ‘the real competitive advantage no longer, or not only, lies in production facilities’. On the other hand, ‘we moved from a product-based technology economy to a knowledge-based economy already after the 1980s’, when the software economy developed. The value of intangibles is therefore certainly not new. “It is fundamental to the technological development of the product and the ability to innovate. Books were sold even before, but it is with innovation that we started to buy them online and read them on mobile phones,’ Rovere explains.

The added value of know-how
The expert also explains how intangible assets can be (and already are) a fundamental resource for a country like Italy, characterised by small and medium-sized enterprises and generally with low capitalisation. However, “the skills of our companies are appreciated abroad and, in fact, important international players see Italian companies as great investment opportunities,” says Rovere.

It is no coincidence that when they buy, when they value a company (perhaps with the help of those who, like Rovere, are in charge of establishing the purchase price allocation), large foreign groups look a lot at intangible assets. Right now “the source of value is not so much the production of goods alone, but the creation of those intangible assets that can bring a substantial competitive advantage to the company,” says Rovere. “In SMEs, perhaps with a small number of people and limited financial resources, there is a lot of know-how, and buyers are willing to pay a premium for this type of asset over others already on the balance sheet, such as real estate. The added value, the surplus value, comes from the assets that many times we cannot see directly in the balance sheets of companies.

“If a certain company has a net worth of 100 mln euro, but is bought for 500 mln euro, it means that that surplus value has to be allocated through price allocation work, which we usually do, which allows us to go and segment the company according to value drivers. It is almost like doing an ‘MRI scan’ to go and see what the components of corporate value are. This allocation of the purchase price brings out the value of the assets of that company’. And it’s not just brands and patents. “The customer list is also a very important intangible asset, for example”.

A governance problem
The fact remains, however, that in order to bring out that value it becomes essential to brand and patent, and in Italy the number of patents is slowly increasing. As the data in the UIBM report show, in 2019 there were 10,129 patents filed, rising to 10,977 in 2020 and 11,031 in 2021.

The importance of patents should also be emphasised as a matter of governance, says Rovere. “It frees the company from the individual. I like to recall the words of an entrepreneur referring to the fact that when some private equity funds came forward to buy his company, a Lombardy-based engineering firm, they were actually interested in him and his skills. This therefore bound him even more to the company, which identified with him. He therefore decided to proceed with the sale, but to patent and formalise the company’s know-how. Within a few years, his personal knowledge became company knowledge. ‘So the company goes on without me,’ he said. This was a very smart move, because the company gained value without the person and was then sold at higher multiples than the previous valuation. If you tie the company to a person you don’t move forward, instead with the intangible the company is more protected’.

In this process, valuation is crucial. There are not only enlightened entrepreneurs, and the risk is to overvalue one’s assets or know-how. ‘One of the big problems when doing takeover and merger transactions is expectations, which are often conflicting,’ explains Rovere. Perhaps the seller ‘has unrealistic expectations, which the market does not fulfil. That is why it is important to make them understand the true value’. Only then can you start negotiating on price, ‘and you have to be good at it. But if you have brass in your hand instead of gold, sooner or later someone notices’.