BCC SAYS MORE MUST BE DONE TO IMPROVE UK-EU TRADE

On the second anniversary of Brexit, and with huge lorry queues being reported at Dover last week, the BCC is calling for urgent action to improve trade with Europe. 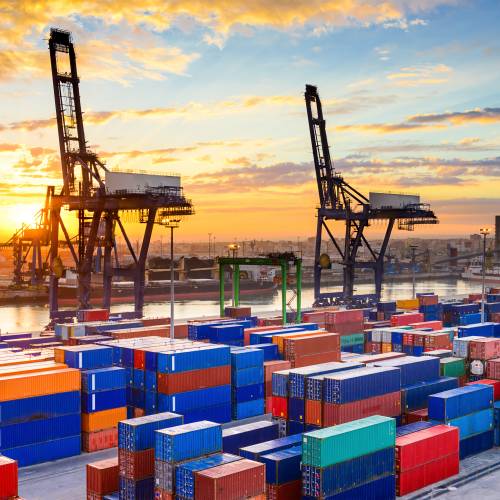 With well over half of UK exporters (60%) surveyed by the BCC in November 2021 reporting difficulties in trading with the EU, an increase from 49% in January 2021, it is clear urgent action is needed.

Pictures of lorries stacked up on the A20, waiting to get into the port of Dover, also offer a vivid illustration of the problems continuing to impact the operation of the trade deal between the UK and the EU.

William Bain, Head of Trade Policy at the BCC, said: “The main issue at Dover currently appears to be linked to the export of food products across the Channel. Like many of the problems this looks to be down to a differing interpretation of how the trade arrangements work after leaving the EU.

“In this case we are hearing French customs require a wet signature on paperwork for exports of animal and plant products, but as much of the documentation is produced digitally this is creating hold-ups.

“It is the latest in a string of issues with the trade deal that speaks to the wider problems of interpretation, inconsistent application and glaring gaps in its coverage.

“No-one is expecting goods to flow as freely across the channel now as they did prior to Brexit. But the way the trade agreement is being interpreted in 27 different EU countries is a major headache for UK business – especially smaller firms without the cash reserves to set up new EU based arrangements.

“Yet it doesn’t have to be this way. It is possible for the UK Government and EU to take a pragmatic approach and work together to reach new understandings on a consistent interpretation of the rules and to build on them further.

“Accredited Chambers of Commerce support the UK Government’s ambition to massively increase the number of firms exporting. Freeing up the flow of goods and services into the EU, our largest and nearest overseas market, will go a long way to realising that goal.”

“At ChamberCustoms we work, day in and day out, with companies to help them navigate the complexities of international trade. We’ve seen a huge demand for our services in relation to trading with the EU since the implementation of the trade deal, and we know first-hand what difficulties firms on the ground are facing.

“If the UK Government and the EU are willing to takes action on these proposals from the Chamber Network it will serve to improve trading conditions and let businesses get on with growing our economy and generating prosperity.”

The BCC has set out five key issues, and the solutions needed, to improve EU trade.