The British Chamber of Commerce for Italy is pleased to announce that, at its 106th Annual General Meeting on 29 June, Steven Sprague was formally appointed as President of the Chamber, taking over from Tom Noad.

Steven Sprague, partner of the law firm CastaldiPartners, has been a Councillor of the Chamber since June 2020 and is the Chair of the BCCI Brexit Committee. Steven was elected to replace Tom at the Chamber’s Council meeting in March. 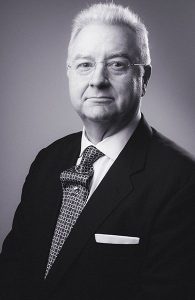 “My mandate is in line with the work carried out by the outgoing President, Tom Noad, whom we would like to thank for his work,” says Steven Sprague. – The context in which we will be operating in the coming months will be characterised by the effects of Brexit in Europe and Italy, and we will pay increasing attention to the world of trade”.

Steven qualified as an English and Welsh Solicitor in 1985 and was admitted to the Ordine di Milano as an avvocato in 2017, he is also a qualified Mediator. Steven specialises in advising clients in relation to international development and investment and trade and business. Steven’s career began in London where he worked in a number of leading international law firms in the City.  He has lived and worked professionally in a number of countries and jurisdictions both in the European Union and elsewhere, including the Russian Federation and other former Soviet Union countries.

The Council and the Staff of the Chamber welcome Steven in his new role and are eager to work with him in advancing the Chamber.