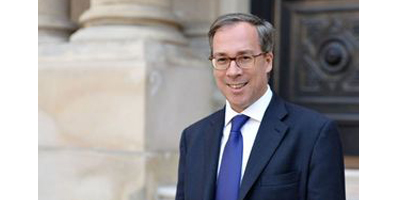 The Rt Hon Edward Llewellyn OBE has been appointed Her Majesty’s Ambassador to the Italian Republic and Non-Resident Ambassador to San Marino, in succession to Ms Jill Morris CMG who will be transferring to another Diplomatic Service appointment. Lord Llewellyn will take up his appointment in February 2022.

1999 to 2002 | European Commission Brussels, Member of the Cabinet of the EU Commissioner for External Relations