International Renowned Artist Challenges, Inspires, Empowers, and Elevates Women All Over the World to Join This Campaign and #WearYourCrown♥ to Raise Funds for Women and Girls’ Issues. 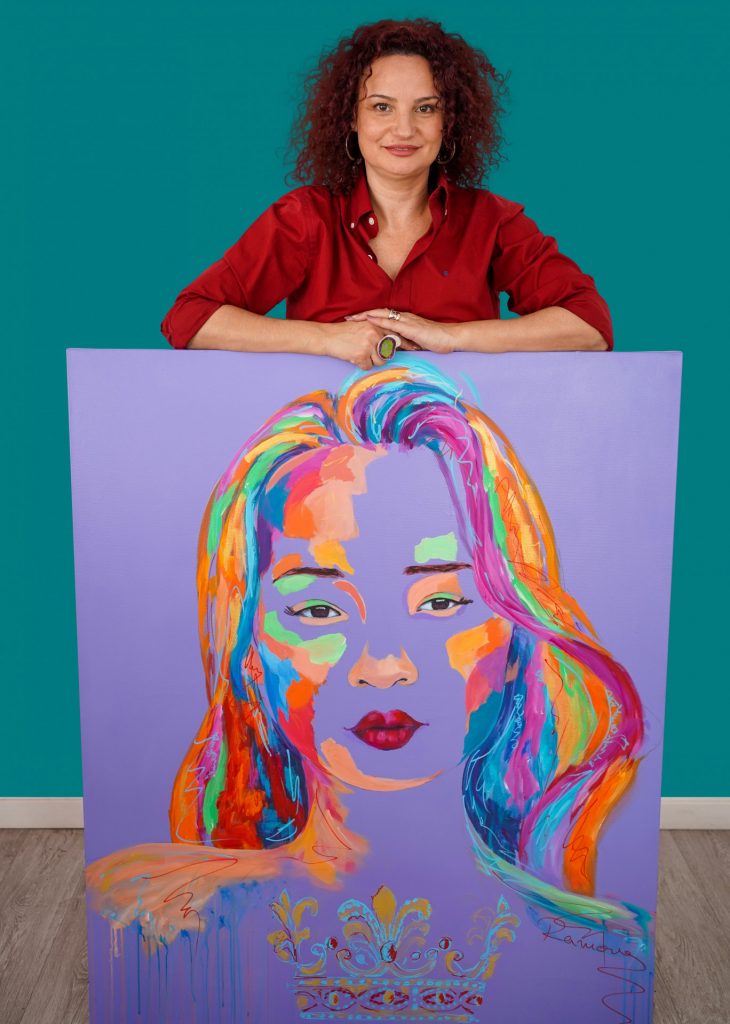 We are pleased to announce that Amie Louie, longstanding BCCI Member, has been selected by internationally renowned artist, Ramona Pintea as one of the 10 Urban Queens in her series of paintings created for the #WearYourCrown♥ Global Campaign to raise funds and awareness for women’s and girls’ issues.

The #WearYourCrown♥ campaign is represented on nearly every continent by women of influence who empower women, each with diverse backgrounds, and are visionaries in their fields of business, politics, arts, entertainment, non-profits and more. Their collective power is reaching a global audience of over 10 million people and counting.

Win this painting inspired by Amie Louie, ‘Determined She Leads’

The 10 Urban Queen leaders who have joined this campaign are:

Donna Ashworth, Scotland, poet, speaker and founder of Donna Ashworth Words; brings women together with her words of truth, hope and comfort.

Sofia Bekatoru, Greece, a Greek sailing Olympic Gold and Bronze Medalist, the first female flag bearer in the history of Greece Summer Olympics, and a true leader, breaking her silence in the Hellenic #MeToo movement.

Casey Donovan, Australia, , award winning, double and triple platinum musician who has made her mark in the areas of theater, television, and writing.

Amie Louie, Italy, Global Vice President Fundraising for the Professional Women’s Network (PWN), a global movement working towards Gender-Balanced Leadership in business and society, with 27 City Networks in Europe, Asia, South America, Africa and Middle East. As an American expat living in Italy, she co-founded Easy Milano – together with BCCI’s Secretary General, Aaron Pugliesi – a pioneer in Milan’s free press industry with over 3 million copies distributed. Amie acted as the Community Liaison for the Anglo-American community for two decades, passionately promoting cultural integration and charity initiatives. In 2017, she assumed the role of Development Director at The British School of Milan, a non-profit international school promoting quality education and global citizenship, recently certified as the top IB school in Italy.

Jayshree Mallaya, South Africa, co-founder of the not-for-profit Over the Walls Together, a charity aimed at community building and raising awareness of violence against women.

Natalia Martin, Brazil, a powerhouse entrepreneur and founder of Natalia Beauty Group in Brazil, Natalia has built her business from the ground up and has 100 affiliates spread throughout world – Brazil, Dubai, Switzerland, Chile, Portugal, Italy and the USA.

Susan Sloan, USA, author of “A Seat at the Table: Women, Diplomacy, and Lessons for the World.” Susan works in diplomacy in Washington DC, engaging with diplomats, community organizers and international leaders. 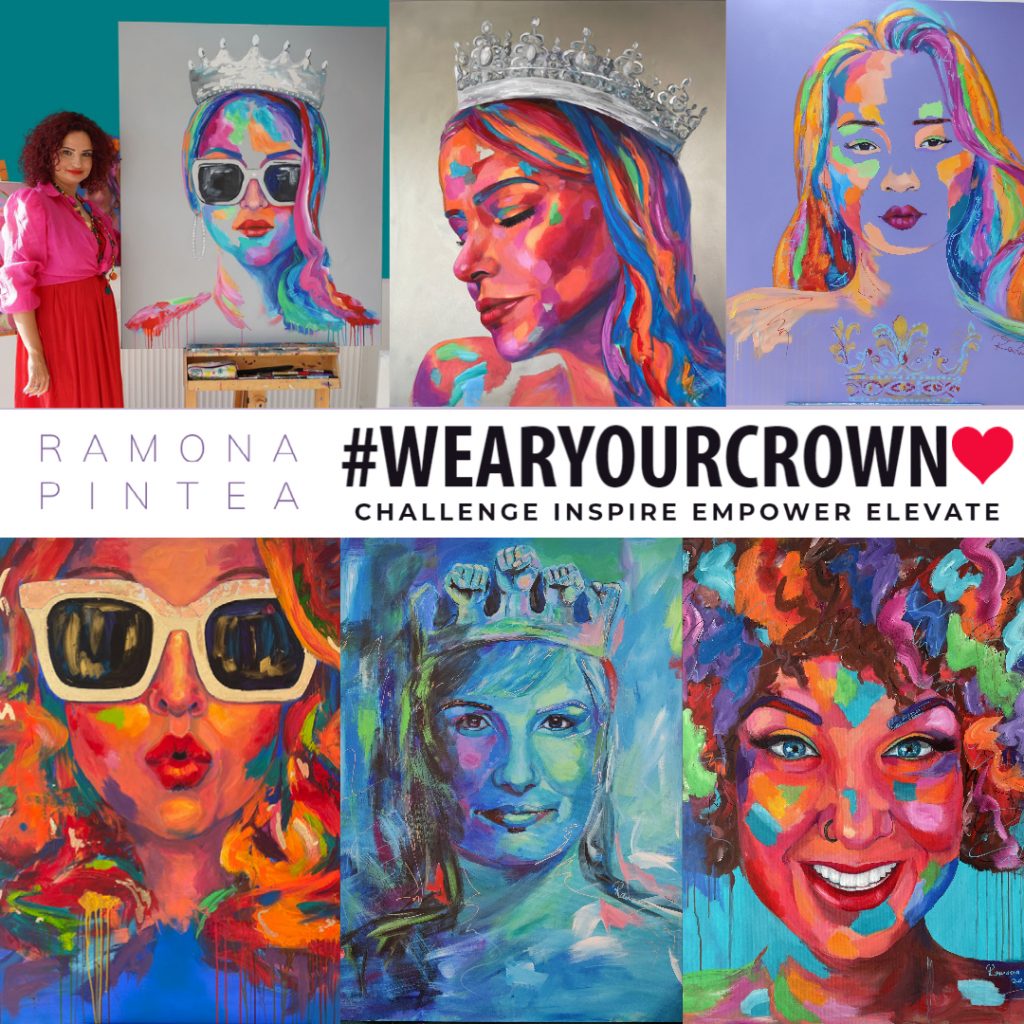 Ramona has painted Urban Queen paintings inspired by each of these women and is donating the original artwork to help raise funds and awareness for women’s and girls’ issues.
Every Urban Queen leader is raising funds for a different charity supporting a variety of women’s issues from victims of domestic abuse, breast cancer awareness, and education for indigenous girls, gender balance leadership and more.

All proceeds raised by AMIE’S TEAM go to support the work of accelerating Gender Balanced-Leadership through PWN Global.

How You Can Participate

Everyone (men and women) is encouraged to join the challenge and wear your crown!

All fundraising will be through an interactive online platform Fund Duel, under the #WearYourCrown♥ campaign, running from 1st March 2022 through 30th April 2022.