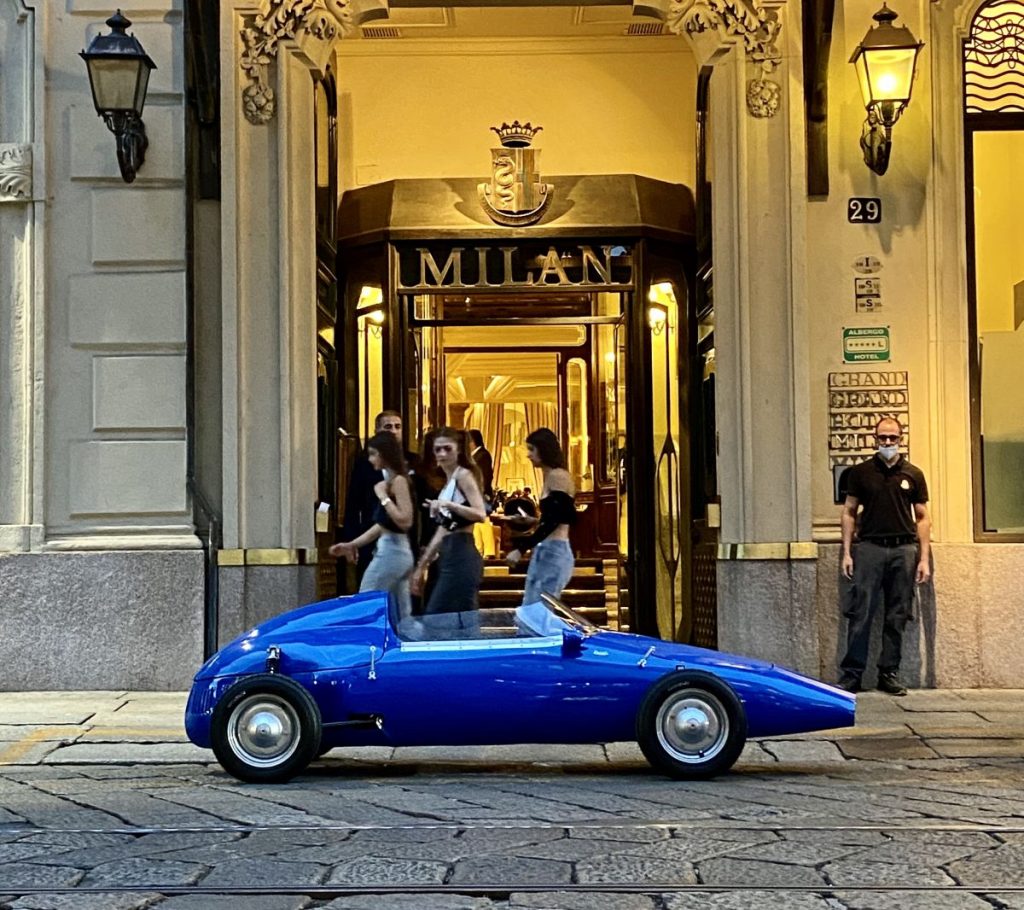 Art, engines and speed meet in a special exhibition at the Grand Hotel et de Milan from September 8th to 12th. The exhibition will be a tribute to the Temple of speed in Italy: the Autodromo di Monza, which is celebrating its centenary this year. A world made up of men, almost impossible challenges, unforgettable emotions. In the heart of Milan, in the iconic Via Manzoni, the hotel will dedicate the exposition not only to the hotel guests, but also to motor enthusiasts.

In its refined internal spaces, the Grand Hotel et de Milan will exhibit the Formula Baby Junior Patriarca 500, iconic single-seater that has raced and won the most in minor competitions, but driven by drivers that climbed the Formula 1 rankings. A unique “jewel”, part of a series of only 12 units and probably belonged to the Little Tony’s collection.

The car is equipped with a tubular frame covered with a thin aluminum skin worked by the Morelli brothers of Ferrara who have built the bodywork of some of the most prestigious cars in the world, including the OSCA barchetta.

Rodolfo Patriarca was the first to have the intuition to create a propaedeutic single-seater, which young people could run with and he gave life to the Baby Patriarca (or Baby Junior), based on the mechanics of the unmistakable Fiat 500 sport.

A prestigious partnership has also been signed with Moreschi, the historic Italian brand of handcrafted footwear, which will exclusively show the only prototype of a RACE shoe made in 1985 for Michele Alboreto, the last Italian driver to win Formula 1 on Ferrari.

Within the spaces of the hotel visitors will have the chance to admire some works created by the sculptor Beatrice Maria Di Bitetto, young artist who gives life to her so-called “autorelievi”, three-dimensional sculptures with sinuous lines, made with recycled materials such as nails, wire and steel / brass / copper mesh.

With this exhibition, the Grand Hotel et de Milan consolidates its vocation as a container for events and collector of pieces related to the world of art, culture and history dedicated to a curious and enterprising Milanese and international community.